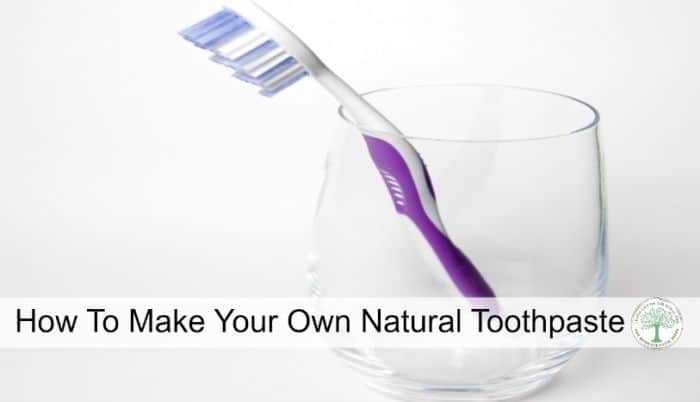 There are many ingredients in commercial toothpaste that I do not like giving to my family.

Among them are Sodium Lauryl Sulfate and Flouride.

SLS and SLES are esters of Sulphuric acid – SLS is also known as “Sulfuric acid monododecyl ester sodium salt”, however there are over 150 different names by which it is known – see them here. In fact, SLES is commonly contaminated with dioxane, a known carcinogen.

And, of course, we have all heard about flouride and some of the many reasons to avoid that like

INGESTION OF FLUORIDE HAS LITTLE BENEFIT, BUT MANY RISKS.
Whereas fluoride’s benefits come from topical contact with teeth, its risks to health (which involve many more tissues than the teeth) result from being swallowed.Adverse effects from fluoride ingestion have been associated with doses attainable by people living in fluoridated areas. For example:
Risk to the brain. According to the National Research Council (NRC), fluoride can damage the brain. Animal studies conducted in the 1990s by EPA scientists found dementia-like effects at the same concentration (1 ppm) used to fluoridate water, while human studies have found adverse effects on IQ at levels as low as 0.9 ppm among children with nutrient deficiencies, and 1.8 ppm among children with adequate nutrient intake. (10-13)

Risk to the thyroid gland. According to the NRC, fluoride is an “endocrine disrupter.” Most notably, the NRC has warned that doses of fluoride (0.01-0.03 mg/kg/day) achievable by drinking fluoridated water, may reduce the function of the thyroid among individuals with low-iodine intake. Reduction of thyroid activity can lead to loss of mental acuity, depression and weight gain (14)

Risk to bones. According to the NRC, fluoride can diminish bone strength and increase the risk for bone fracture. While the NRC was unable to determine what level of fluoride is safe for bones, it noted that the best available information suggests that fracture risk may be increased at levels as low 1.5 ppm, which is only slightly higher than the concentration (0.7-1.2 ppm) added to water for fluoridation. (15)

Risk for bone cancer. Animal and human studies – including a recent study from a team of Harvard scientists – have found a connection between fluoride and a serious form of bone cancer (osteosarcoma) in males under the age of 20. The connection between fluoride and osteosarcoma has been described by the National Toxicology Program as “biologically plausible.” Up to half of adolescents who develop osteosarcoma die within a few years of diagnosis. (16-19)

Risk to kidney patients. People with kidney disease have a heightened susceptibility to fluoride toxicity. The heightened risk stems from an impaired ability to excrete fluoride from the body. As a result, toxic levels of fluoride can accumulate in the bones, intensify the toxicity of aluminum build-up, and cause or exacerbate a painful bone disease known as renal osteodystrophy. (20-23) (source)

And, unfortunately, finding toothpaste without these ingredients is not very budget friendly for us. So, we began to make our own. Here’s our recipe:

Mix together and store in a tightly covered jar.

We use a spoon to dip some out, and then place it on our brushes for use. We have been using this for over 5 years now, and my children have NEVER had a single cavity! Plus, the added benefit of not having to worry about recycling the packaging is nice.

1 thought on “Make Your Own Toothpaste”