Converting a Dog House into a Chicken Coop 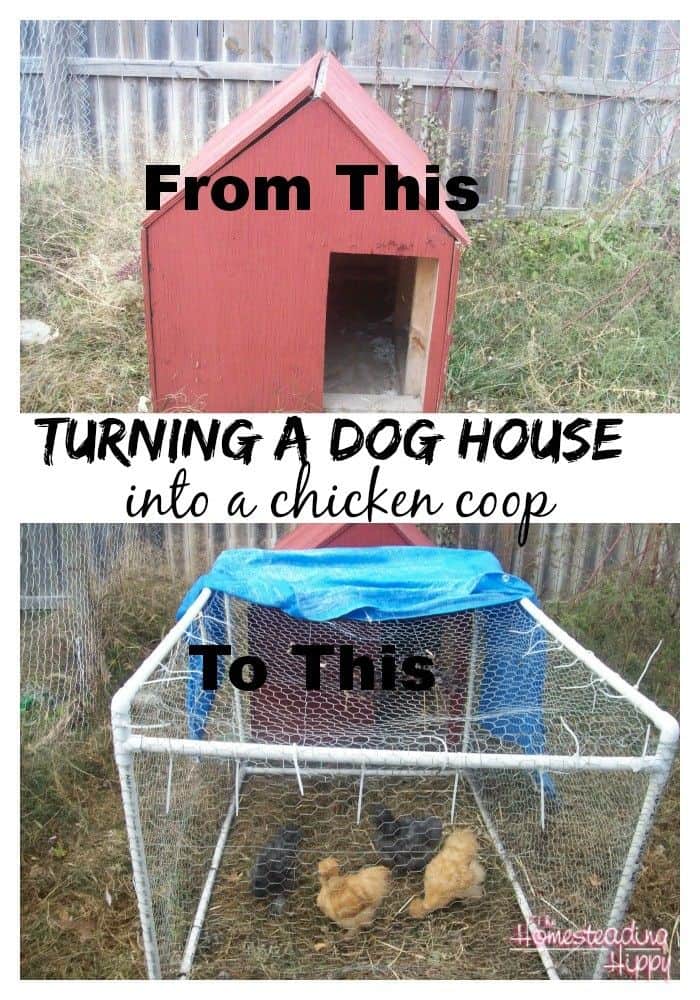 Here are our sweet Silkie chickens.  My daughter has these babies as “show chickens” for 4H.  Aren’t they adorable?  We had them separate from the other hens since they were show birds, and their coop was just an open box.  It did the trick, but we wanted to make sure they were better protected. 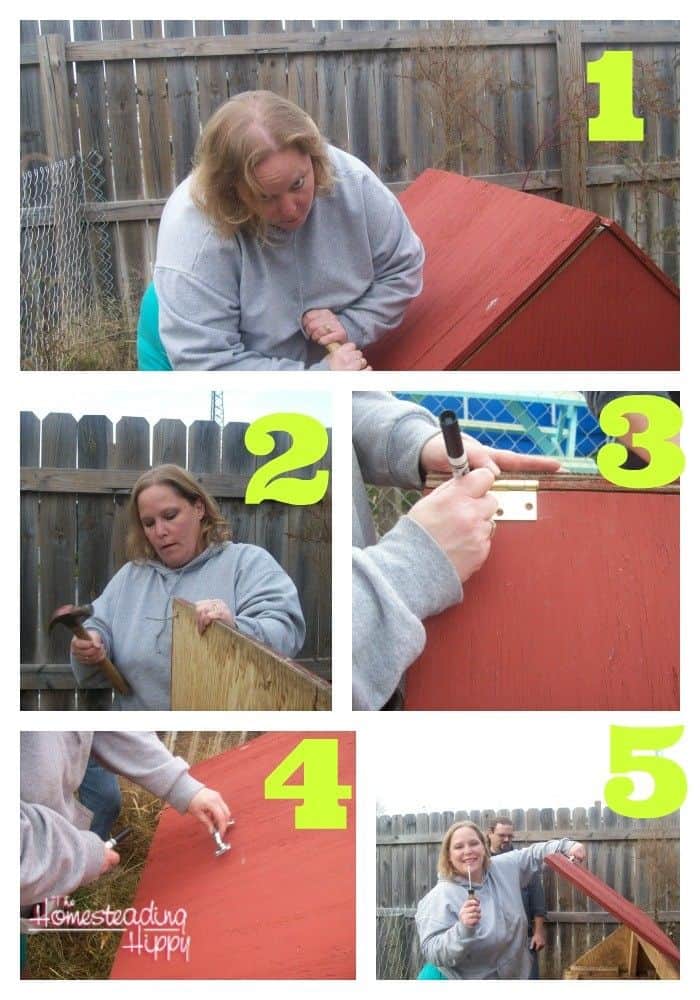 With no more money in the animal budget for a new coop, I decided to use what we already had, a dog house I got off of Freecycle.

Aside from my hubby spending a night or two in there, it was never used.  Believe it or not, my dog does NOT like to be outside much.  She would rather be inside on her nice warm bed. So, I got to work.  After a quick trip  to Menard’s to get some hinges and a handle for $7, I was on the way to making a new home for the babies.

First, I had to take off one of the roof sides of the house.

Then, I had to make sure all the nails were out…and the person who built this sure wanted to make sure it was secure! There were 20 nails in this side of the roof alone!  Some were more stubborn than others, requiring me to hammer it from the underside.  Then, I had to measure for the hinges and mark the spot to pre-drill a hole to screw the hinges in to.  After the hinges were on, I needed to put the handle on the side so we can open it up and get the Silkies food, water, and check the nesting box for eggs.

We put some straw in the bottom, along with their food and water and put their run against the house.  I will let them “out” once they are used to this new house.  And viola! A doghouse re-purposed into a chicken house!  The whole project only cost me $7, too!  And they look so happy, don’t they?

What’s your favorite chicken coop plan? Have you tried converting a dog house before? Be sure to pin this for later

6 thoughts on “Converting a Dog House into a Chicken Coop”