The name is certainly a weird one. The first part of the name comes from the fishing town of Cullen in North East Scotland, while the second part refers to a soup.

Although originally it referred to a shin or knuckle bone used in soups, over time ‘skink’ was applied to any soup. In this fish soup there are no shin bones, nor should there be any fish bones either.

With my mom being Scottish I grew up with haddock being served in soup and with my dad being English there were often kippers for breakfast. These are things I haven’t eaten as an adult, so it was a trip down memory lane to try and re-create my mom’s Cullen Skink.

It is suggested you try to avoid the orange dyed smoked haddock for this recipe, but if that’s the only haddock you can get in your area then you will have to use it, as I did!

The dye doesn’t add anything extra to the soup and purists prefer not to have the orangey color in this fish soup.

You can substitute with any other white smoked fish if you prefer. Cullen skink is a fishwives recipe, so the ladies who cooked would have made do with what fish was available. 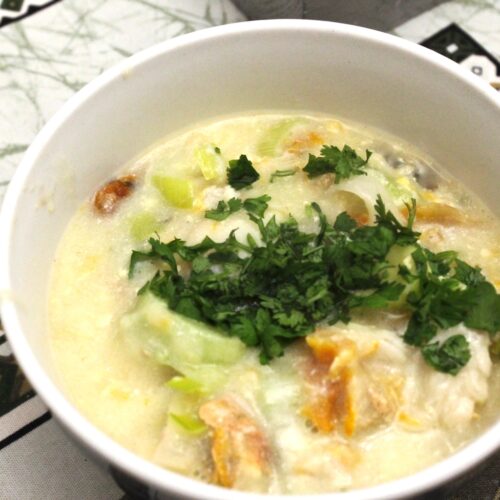 You can check out even more Scottish recipes here.