When I was a kid, I spent a lot of time on hiking trails and in campsites. A major part of those experiences was the wood fires that we used to burn. As a kid I never considered which types of wood are used.

I didn’t know what type of wood we were using; all I knew was that it was wood, and it allowed us to keep warm in winter (when we had a fireplace) and that the fires would burn for quite a while.

With all that in mind, I wanted to know about a specific type of wood – birch. It doesn’t seem to be as commonly used as oak so I got curious.

Is birch good firewood? Birch burns well and, when it’s burned, generates a bright flame and a fair amount of heat (20 – 26 million BTUs depending on the species). It’s pretty easy to split and dries out pretty quickly. Additionally, birch wood doesn’t throw a ton of sparks, and doesn’t give off too much smoke.

There are around 60 different species of Birch trees. They are deciduous (meaning they lose their leaves in the fall) and typically grow in cool, moist woodland climates, living for 60 to 80 years.

The only real problem with using birch is that you must split it quickly after chopping down a tree because it retains water. The bark is quite tight, which allows the wood to retain the water that it absorbs; this means that it tends to rot from the inside if left for too long.

I mentioned earlier that there are around 60 different species of birch, and you could probably use all of them for firewood in some capacity. With that said, the most commonly used species for firewood are:

Which Species of Birch is Best?

Hands down, the best birch wood to use in your fireplace is black birch. It has a heat output, and burns for a long time (thanks to its density). Behind the black birch, yellow is also recommended as it’s a dense, hard wood that burns well.

White birch is a good fire-starter but it’s not so good as a main wood. It’s incredibly soft in comparison black and yellow birch; it also tends to throw out a plenty of smoke when burned so that’s another disadvantage.

Regardless of which species you use, birch will burn pretty quickly so in order to keep a merry blaze going you’ll have to mix it in with some slower burning woods like cherry, ash, and/or oak.

Something that many articles on the topic of birch as firewood have noted, is that birch and aspen trees are sometimes mixed up.

There are, however, some notable differences between them. The two identifiers you can look at when trying to identify/differentiate between the two are: the bark and the leaves.

Birch bark is chalky, and thin sheets/layers can be peeled off. On the other hand, aspen bark is much smoother. Regarding the leaves, aspen leaves are heart-shaped, whereas birch leaves are long and oval-shaped.

Birch trees are also quite short, only growing about 80 feet in height, whereas aspen trees can reach up to 100 feet.

Now, if you never really paid attention to what type of firewood you were using, I get it. At the end of the day, wood is wood. If it can be split and burned to create a fire and keep me warm, I’ll use it!

As always, I hope you found this article enjoyable and informative. Thank you all very much for reading and I’ll see you in the next one very soon. 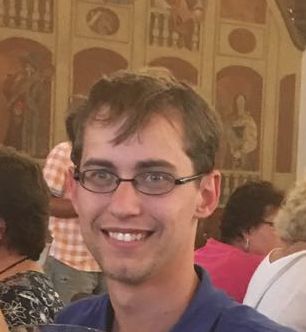