Pigs have a reputation for being smelly, so who would want to keep these animals? Well, these animals are quite clean, and providing they have plenty of space to move around in the smell is dissipated. There are plenty of people who do not worry about the smell, they keep them to boost their food supply and, sometimes, to make a profit.

Are pigs profitable? Yes, they sure are! Pigs in the U. S. can generate a profit of around $300- $400 per head, depending on the quality of the animal and if sold for breeding stock or meat. There is a good demand for the meat both in its natural form and when it has been processed. Unprocessed meat can be sold for $2.50 to $3.50 per pound.

Making a profit from anything requires balancing the costs and the revenue that can be produced from sales. Pigs are no exception to this principle. Consequently, the level of profit will depend on how the pigs are kept and how they are sold.

We should look at the factors that will affect if pigs are profitable.

Today, the ethical treatment of animals is an important factor for the consumer. The common belief is that, if the animal has a better living environment, the resulting meat is more ethically palatable and of better quality.

Breeders also buy into the consumer’s quality ethics since anything that can be labeled as high quality can demand a higher price.

The higher price will create a higher level of profitability, providing the costs don’t substantially increase.

Feed cost can be the most expensive cost in raising pigs. The cost of feed will account for around three-quarters of the total cost of keeping pigs.

Allowing the pigs to roam free-range does help to keep the costs lower. The pigs will eat almost anything whilst roaming around, as they are not fussy eaters. These animals will eat large quantities of food during their lifetime.

Wheat, corn, soybean, barley any weeds or vegetables are all good food items for pigs. Most pigs are fed pellet food that incorporates all the necessary elements to keep them healthy.

It is possible to buy feed for around 20 to 30 cents per pound. In fact, a ton of pellet food will cost on average approximately $300.

A pig will eat approximately 4% of its bodyweight per day, and its weight will increase each day.

As with any other animal, the main cost other than feed is where they are kept. It is realistic to keep a pig in your back garden, subject to local legislation. However, one pig is going to feed a family for some time; it is not going to produce an income. Breeding pigs for profit will require a larger herd, and a larger area of land.

An acre of land will accommodate around 30 pigs quite comfortably, so not as much land as some other animals. However, more land will allow them to be moved and help to prevent deterioration of the land.

The land will need to be enclosed with a secure fence. The fence does need to be sturdy, since pigs are quite strong, and can escape if not correctly secured. Best to spend a little extra on the fence to prevent any problems.

Once the fence has been installed it will last for some time, therefore this initial cost can be spread over some time.

Some form of shelter or housing will also need to be supplied to offer protection for the pigs. The building does not need to be elaborate, since it is only to ensure protection from the sun the wind and rain.

This does not need to cost too much, as a basic three-sided structure can be created from old pallets, and any off cuts of wood that are available.

The key to making a profit from pigs is how they are sold. Many markets can and should be entertained to be able to maximize the income. The costs are static, so how the pigs sold don’t influence the cost factors.

There is a demand for young pigs or weaners. These can be sold to people who want an individual pig, and to those that are starting up or increasing a breeding program.

They can be sold when they are 8 to 10 months old which is when they no longer need to be fed by their mother.

Pigs can achieve a selling price in the region of $4 per pound.

A pig will often have a litter of 15 piglets twice a year it is possible to be quickly inundated with pigs that will take some time to mature.

Selling some weaners at this time will bring an immediate income. With several pigs giving birth at different times selling a proportion of the young pigs could generate a regular income.

One of the most popular ways of selling pigs for making a profit is butchering them to sell the meat. Typically, pigs will be raised for about 6 to 8 months when they should reach a weight of about 250 pounds (113 kg).

There be slaughter costs, although many breeders carry out this themselves. The selling price for pork does depend on the individual cut of meat the location and the time of year.

One of the major benefits of a pig that has a big effect on profitability is that most of the animal can be used.

One method of increasing the revenue derived from pigs is to process the meat and create other products that can be sold at a higher price.

A pig can supply many cuts that can be processed and sold. For example:

One surprising way of producing revenue from pigs is to make use of their ability to efficiently forage and turn over the ground.

Large amount of debris is often left in the fields after harvest. This debris will need to be cleaned out and the ground plowed.

Some people will pay money to rent a pig to fulfill this function in an easy, natural way. While turning the land, they also naturally fertilize it.

The owner will benefit from the income and the fact that the pigs are being fed at the same time. We have already seen that feed is the biggest expenditure for keeping pigs. Anything that can reduce this cost has to increase profit.

We have already mentioned that pigs will fertilize land while turning it. Well the manure itself is a salable product.

Pig manure is rich in nitrogen, and the cost of nitrogen is rising. This makes manure a product that is in demand. The money achieved from selling this varies a lot, but is not exceedingly high.

This is not a product that will make a profit on its own, however, it is a waste item, and if the income can pay some feed cost bills, it will help with levels of profitability.

We have seen that pigs are an easy animal to keep requiring little specialized facilities apart from some strong fencing and some low-cost shelter.

When discussing whether pigs are profitable or not, we have looked at the costs of keeping pigs to find out that the most expensive cost is the feed. We have seen that a pig will eat approximately 4% of its weight in food and that food could cost about 20 to 30 cents per pound.

The key to making a profit from pigs, and some people do struggle to make a profit, is to ensure that the maximum income is achieved by taking advantage of the multiple income streams that the animal can provide.

Pigs can be sold as live animals. They can be allowed to mature to a reasonable weight to be butchered and sold as meat.

Some meat can be processed to produce products that can be sold at a premium providing the quality is assured. Most of the animal can be used and can produce income.

The best way to achieve the maximum profit is to keep feed costs to a minimum, and that all the income streams available are used.

As I said, $300 to $400 can be made from pigs. The amount of profit will vary by a lot according to how costs are controlled, and the selling price that can be achieved locally. 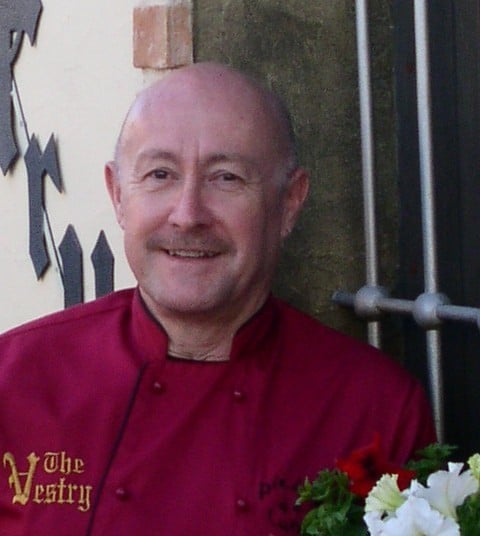 1 thought on “Are Pigs Profitable to Raise?”