How to feed a raw food diet for dogs.

this post is not meant to judge or belittle anyone who doesn’t do this…it’s just the reasons we do. Follow what you think is best for your own pet

We own a beautiful mutt type dog. She is the best dog we have ever owned, and we treat her like she is part of the family, because she is. She lives in the house, sleeps on the couch when she wants, and is our 4th child. I don’t feed her dog food anymore, we have switched to a feeding a raw food diet for her. She gets chicken, some beef bones, rabbits, and once in a while, a steak (only on her birthday). 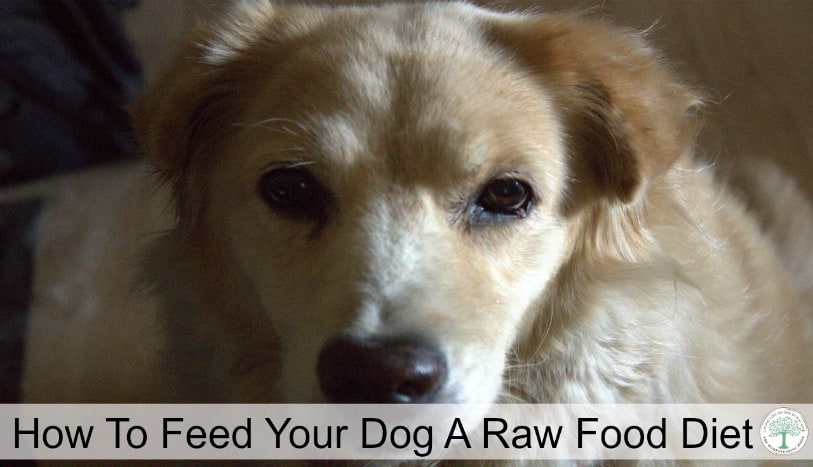 Why do we feed her a raw food diet? Well, here’s some scary news stories that made us really rethink how we fed her:

The U.S. Food and Drug Administration reports that at least 76 dogs nationwide are believed to have died as a result of eating contaminated Diamond Pet Foods. source

New reports indicate that the commercial dog food recall which commenced with products manufactured by Menu Foods is exploding in its tragic consequences.

The dog food problem has apparently been caused by contaminated wheat gluten, a protein source, that was imported from China. Laboratory tests have produced a variety of suspect contaminants including aminopterin, a rat poison, and melamine, a chemical used in the manufacture of plastics and fertilizer.

Petconnection.com states that 1,511 reported dog deaths have been logged as a result of dogs eating tainted commercial dog food.

Pets continue to die after eating jerky treats according to a new report published this week by the FDA. At least 360 dogs have died of 2,200 that have fallen ill after consuming these products. source

We didn’t want her to be another statistic, but what to do? After some research and digging around, I found this site on facebook that taught me how to feed her. The basic gist of it is you start with raw, skinless, boneless chicken breasts. Those are the easiest on raw food diet to start with. Once they are okay with the raw chicken breasts, you switch to meatier pieces with bones.

Since we raised chickens, it was easy to switch her to eating chicken breasts for a couple days, then whole chickens. Getting her used to the bones was the scary part, as I was always taught you shouldn’t give a dog raw chicken bones. Yup, she crunches right through them, no problem!

After we watched her for signs of distress like “cannon butt”, which is explosive poop, or constipation, we slowly moved her to some beef. She got beef heart, some beef tongue, and bits of liver. Okay, she got a chuck roast, too ONCE… Then we moved on to rabbits. No issues there, either.

We don’t buy expensive foods just to feed our dog. She gets leftovers from the butcher (that would be thrown away) and meaty bits from our hunter friends. And, we raise rabbits for meat just for her, since we don’t eat them ourselves. It’s not expensive at all. Really. It’s cheaper than buying dog food, since we ask around for parts that people would normally toss anyway.

I know where her food comes from, and I know what she is eating now. I no longer worry about getting a tainted bag of dog food. Her breath is MUCH better, and she doesn’t snack in the litter box anymore, either! If you are interested in feeding a species appropriate diet to your dog, I would suggest trying it! Once you get the hang of it, there is really no more difficulty cutting up a chicken or rabbit than pouring dry food into a bowl.

Do you feed your dog a raw food diet? What is your experience with it? Be sure to pin this for later!

You can find the source I followed here.

How To Train Your Barn Cat To Hunt Mice
24 Best Homestead Dogs
Can Dogs and Rabbits Get Along?
27 Poisonous Plants for Dogs You Absolutely Need to Know