We jumped in without even looking, really.

We spent nearly 20 minutes on research, and asked just a few questions and felt we were ready. We just knew we wanted goats. I mean, we became parents without any prior knowledge or experience, and our kids turned out okay, right? Well, turns out that goats just were not the same thing. At all.

We felt that Nigerian Dwarf goats were the best for our small homestead, due to their smaller size.

And since we wanted milk, we had to have one that was pregnant or had recently given birth. I located a lady who was selling a pregnant doe and called her up. I agreed to drive up to meet her, about 2 hours away and see this goat. I feel in love with her homestead, and all the goats, chickens and horses she had running around. I just “knew” that I had to be like this. Oh, naive fool that I was.

The doe she showed me was indeed pregnant.

And very skittish. Looking back, that should’ve been a warning sign to me, but you know…I have to admit that I was just going to have to take this nice lady’s word that the doe was in perfect health, and she had “all the papers somewhere”.

Since I knew nothing about goats and them giving birth, we agreed that the doe should stay with her until she kidded.

Her due date was only 2 weeks off, and that would give us plenty of time to get things ready for the doe and her kids. Since the 20 minutes of research I had done led me to believe that Nigerians usually have multiples, I was expecting at least 2-3 kids, just like the other doe goats she had that kidded recently. I had to get hay, finish the fence, and be ready.

I got an email a week later

She gave birth to ONE doeling. ONE? Yes, one. So, I went and got them the next day and brought them home. I expected our doe, Sephira, and her doeling, Nellie to be all nice and quiet. Yeah, that didn’t happen.

After trying to get Sephira into the milking stand, it took me about 1 hour to get her to let me milk her.

We were both first timers, and a first time milker with a first time milkee is not a good combination. It took days of tears, chasing her down and fighting her to get her on the milking stand to milk her. It took almost 30 minutes from start to finish as well. And for my efforts, I usually only got 1-2 cups of milk each time. That small amount of milk was quickly guzzled within seconds by my youngest. Gone were the dreams of making cheese, yogurt, or soap from our abundant goat milk.

After a month, my husband was finally able to milk her.

But most of the burden of milking fell to me. Twice a day, I had to go out to the goat shed and milk her. It got better, though, as we learned to trust each other. She would go into the milking stand when she saw me come out with the pail, and I got better at holding her hind leg and milking her at the same time. Yes, I had to hold her hind leg so she wouldn’t kick the bucket over.

What I wish I had known before I got the goats

I wish I had known all the hard work that would go into milking a goat for the first time, and given myself more grace. I spent the first month stressed out all the time with her, instead of enjoying this new journey.

I wish I had known just how easy it was going to be to fall in love with the girls. They gave me so much joy, even as I struggled to learn how to care for them.

Goats-what I can I say?

They have a special power like none other to make you fall in love with them, and at the same time, you get the phrase “Stubborn Old Goat”. Raising goats will challenge you like no other, but will be so rewarding at the same time. 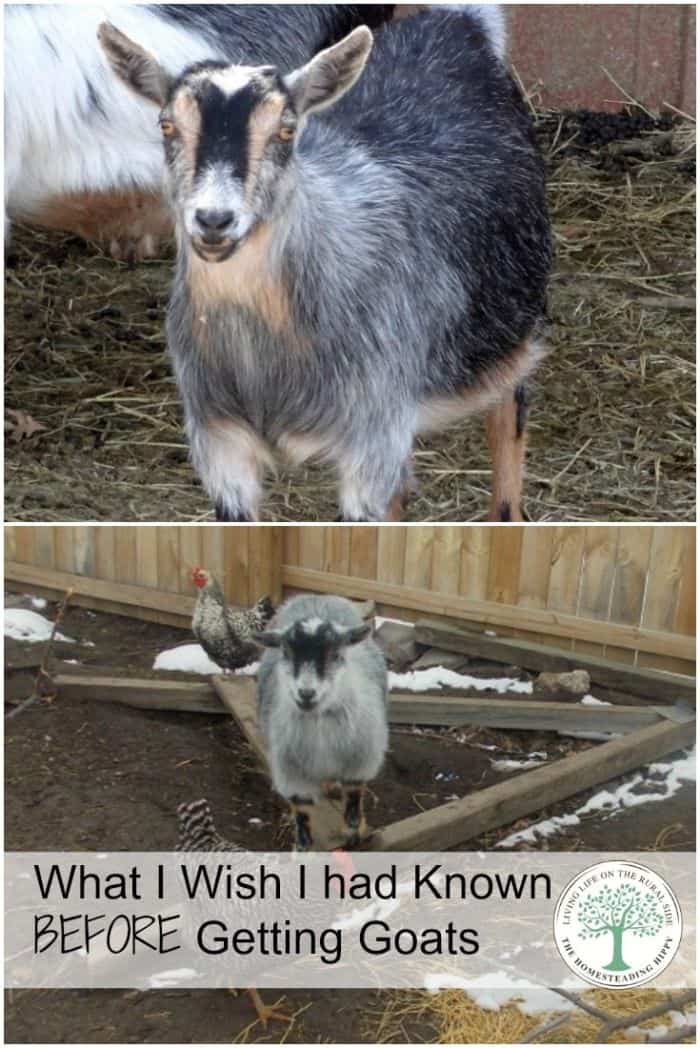