Years ago, when Spanish friends announced that they would bring a Spanish omelet to a bring-and-share dinner. I must have looked a little uncertain about the logistics of bringing a ready-made omelet.

They explained it was like a crustless quiche, apparently originating from Italy, or maybe the Italians got the idea from the Spanish – who knows?

Frittatas are a way to use up extra eggs, which homesteaders with chickens usually have in abundance, and with a few other ingredients create a tasty and wholesome meal. The leftovers go down well as a lunch snack.

A frittata gives you almost the same taste as a quiche, but saves fussing around with making the crust, and these days people want fast-and-easy, plus, without a crust containing flour and butter, a frittata becomes more low carb and therefore more diet-friendly.

You can ring the changes with frittata – varying the ingredients, but I’d safely say you need the onions, eggs and sausage, and of course the cheese that makes it so tasty.

After all, today we are making a sausage frittata, so use any type of sausage you fancy, and substitute the vegetables to your taste, or to use up what you have in the food garden.

I’m a fan of eating what is seasonal, and right on your doorstep, locally grown and organic, is so much better for everyone.

I was advised by my Spanish friends that lots of tomatoes is no good, as they get too juicy, and will ruin the consistency of the frittata. Maybe a few very thin slices on top, they conceded.

If you are cooking for children, you can go for a relatively mild sausage with a beef, pork or chicken base, but when cooking for adults there is no reason not to include some other types of sausage like German Kransky, Russians, Bratwurst, Cheddar Bratwurst, chipolata, chorizo South African boerewors, and other spicier sausages. There is a seemingly endless variety.

You can easily double the quantities to feed 6 to 8 people, as the ingredients for this recipe were worked on serving a family of 3 to 4 people. 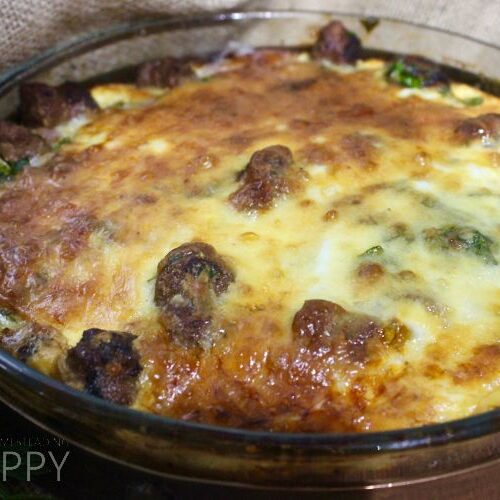